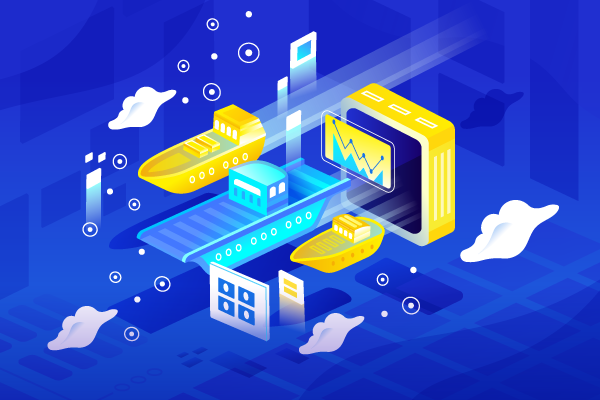 Kubernetes, the open-source system for deploying, managing, and scaling containerized apps, is at the heart of Google Kubernetes Engine. This integration is totally natural. Google developed Kubernetes in-house, and uses it to run its own most popular, global apps. Gmail, YouTube, and even Search run in Kubernetes Engine. It is a fully-managed service and, in this course, you’ll learn it from the ground up.

During this course, I’ll explain the concepts behind Kubernetes and explain its architecture in detail. You’ll learn what comprises a cluster, how to spin one up, deploy an application on one, and then scale out as needed. Such power needs to be handled properly. We’ll cover multiple levels of access control, from integration with Cloud IAM to Kubernetes-specific Role-Based Access Control. With any cloud computing system, networking is key. I’ll show you how Kubernetes Engine works with load balancers (both internal and external), as well as how to set up a private cluster, and declare a network policy.

Throughout the course, a fictitious company, LA Containers, is used to provide real-world scenarios in an interactive chart, which can be viewed here: https://interactive.linuxacademy.com/diagrams/LAContainers.html.

Additionally, the course describes how to convert the normally stateless Kubernetes Engine so that it handles stateful applications, with the addition of a persistent disk. We’ll also explore the techniques used for integrating Kubernetes Engine with other services on the Google Cloud platform, such as Cloud Pub/Sub, Cloud Storage, and Cloud SQL.

This lesson provides an overview of Google Kubernetes Engine. I'll discuss what the course covers, how it's structured, and its intended audience.

About the Training Architect

The Interactive Diagram for this course is a tool that provides both an overview and a detailed breakdown of all the Google Kubernetes Engine services covered. You'll see it incorporated throughout the course. In this lesson, you'll learn how you can also use it independently, and fortify your understanding of Kubernetes Engine. https://interactive.linuxacademy.com/diagrams/LAContainers.html

This course, like all Linux Academy courses, is more than just a series of video lessons. Here, I'll detail the other online and offline features available for students.

Kubernetes Engine is like ground zero for trending Internet tech topics like clusters, containerized applications, orchestration, and of course Kubernetes itself. In this lesson, you'll get a complete overview of what Kubernetes is, how it fits into Kubernetes Engine, and how all the component parts work together.

Kubernetes Engine is a complex system. It's necessary to get a solid understanding of how it all works before putting that knowledge to use. In this lesson, we'll dive deeper into clusters, master and worker nodes, pods, pod pools, and containers.

What Does Kubernetes Engine Cost?

Let's say you are given the responsibility of leading a Kubernetes Engine project for your company. You handle all the cluster setup and container deployment just right, but you forget to monitor charges for the service and your company receives a bill beyond the declared budget. Avoid a situation like this by watching this lesson on Kubernetes Engine costs, so you'll know everything you need to know about the service.

Spinning up your First Cluster

Creating clusters is an essential aspect of working with Kubernetes Engine. In this lesson, we'll step through the process, following a specific project-based scenario and examining all the selections in great detail. The availability of some options depends on other choices though. For example, the maximum number of virtual CPUs depends on the zone you select. Watch the lesson to get the full inside scoop.

Deploying to your Cluster

With the cluster created, as demonstrated in the previous lesson, everything is in place for deploying your app to Kubernetes Engine. The process is relatively straightforward, but there are quite a few steps involved. In this lesson, we'll walk through each of the necessary elements, detailing the code and showing how to use the shell as well as the console to get your containerized app up and running. You can download the code used for this container deployment here: la-container-deploy

One of the key advantages of the Kubernetes open-source organization, its on-going committment to improvement, could prove to be a hassle for Kubernetes users with the constant need for upgrade. However, Kubernetes Engine offers automatic upgrading for both master and worker nodes in a cluster, which eases the managerial burden significantly. Additionally, Kubernetes Engine makes it possible to take complete control of the upgrade process, so you can easily upgrade your cluster just as you desire. You'll see how to accomplish all those goals in this lesson, as well as learning how to properly delete your clusters when they are no longer being used.

In this lesson, you'll get a demonstration of the hands-on techniques used to create, manage, and delete clusters. It's the entire cluster life-cycle. Use this lesson to pull together the information presented in all the previous lessons of this chapter. To retrieve the files so you can follow along, activate Cloud Shell and enter the following command:

You'll find the lac-app-100 folder in the cloned repo.

Controlling access to the various aspects of your Kubernetes Engine implementation is critical. Google Cloud IAM provides the necessary identify and access management, for both individuals and applications. In this lesson, we'll see how to assign Kubernetes Engine specific roles, granting only the desired permissions for creating and managing Kubernetes clusters and their workloads.

While Cloud IAM is a good first level of security for Kubernetes Engine, many scenarios requires a higher degree of granularity. For example, let's say your app, running on Kubernetes Engine, is being developed by one team, tested by another, and handled in production by yet another. It'd really be best to keep the permissions for all these different teams separate. With Role-Based Access Control, you can do exactly that. In this lesson, you'll see concrete examples of how different namespaces can be secured as well as how cluster-wide permissions are granted.

Security is a constantly evolving concern for all computing environments, and Kubernetes Engine is no exception. This lesson explores a range of additional strategies that people can implement to further protect Kubernetes Engine nodes and workloads.

Do you think you understood everything we covered in this section? Test your knowledge of Kubernetes Engine security along with me, as I demonstrate carrying out related tasks, such as assigning Kubernetes roles to users and enabling a pod security policy.

By default, Kubernetes clusters make it easy to expose their workloads publicly. However, that doesn't have to always be the case. This lesson will explain how private clusters work, what use cases they are good for, and show you how to set one up with all the necessary subnets and authorized networks declared.

There’s no question that Kubernetes Engine is stronger because it is a fully integrated member of the Google Cloud platform. The ability to quickly and easily connect to services like BigQuery, Cloud Storage, Cloud Machine Learning Engine, Cloud SQL, and many others intensifies the power and functionality of Kubernetes Engine. Knowing this, the question then becomes, “How? How do I connect Kubernetes Engine to these services?” In this lesson, we’ll explore the steps necessary for connecting to a wide range of services, from the most common to the very specific. This lesson is essential for learning to harness the full power of Kubernetes Engine.

Monitoring and Logging with Stackdriver

Now that you've completed your deep dive of Google Kubernetes Engine, here are a few suggestions on what you should do next.

Earn a Certificate of Completion

When you complete this course, you’ll receive a certificate of completion as proof of your accomplishment.

Take this course and learn a new skill today.